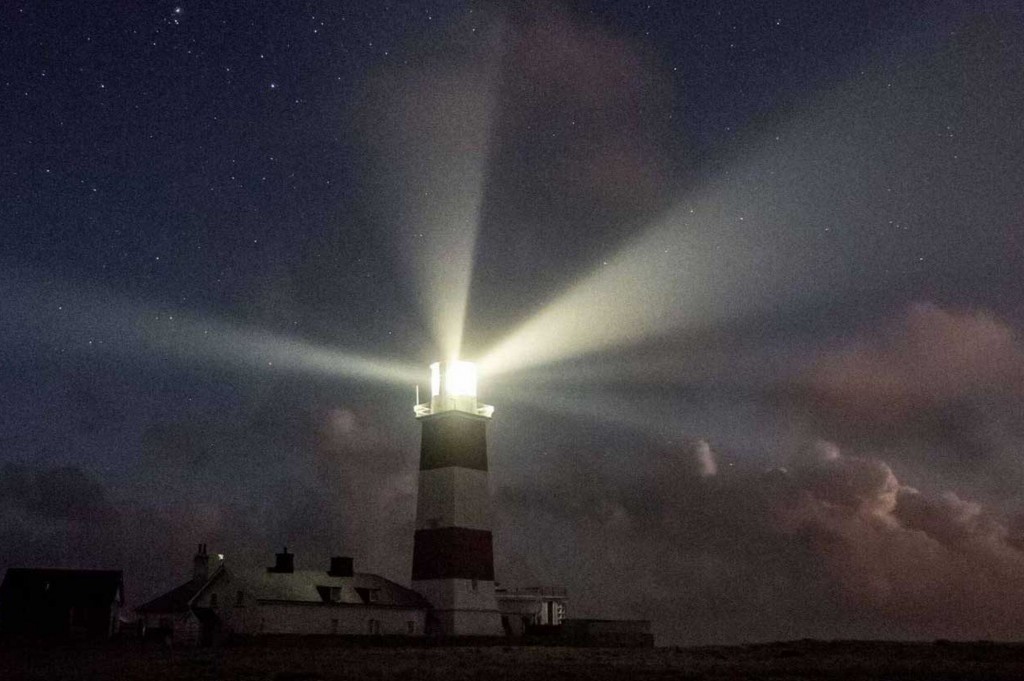 It sounds impossible, but the very bright light emanating from a lighthouse at night attracts  birds. This happens on the most remote of lighthouses, some far out at sea.

What interest would birds have in a lighthouse?

Well sometimes it is because the light beacon attracts numerous insects which the birds feed upon. In other cases birds fly to the lighthouse lamp because it is the only attraction in their universe, just like a boat will navigate towards the safety of a lighthouse.

Migratory birds are highly susceptible to disaster as they are tired and hungry and the light blinds them.

Whatever the reason, birds of all kinds are attracted to lighthouse lamps. As mentioned above, some feed on the insects and come to no harm, but a lot of the birds hit the lantern glass and fall to the ground, later to recover, or die. Many are killed by indigenous mammals such as mink, or the lighthkeeper’s cat. Some are preyed upon by owls as they fly blindly in circles.

This post was brought to mind by this recent news article:

Bardsey Island lighthouse beam to turn from white to red May 13, 2014

For decades, the island’s lighthouse in Gwynedd has swept its 89,900-candela beam 22 miles out to sea. By November, its traditional white light will have been replaced by an intermittent red light from energy-saving LEDs.

Wildlife experts believe the change will prevent thousands of migrating birds being drawn to their deaths by Bardsey’s powerful beam. . . . more

Lighthouses also attract ships as is the case here of this one off Gibralter! 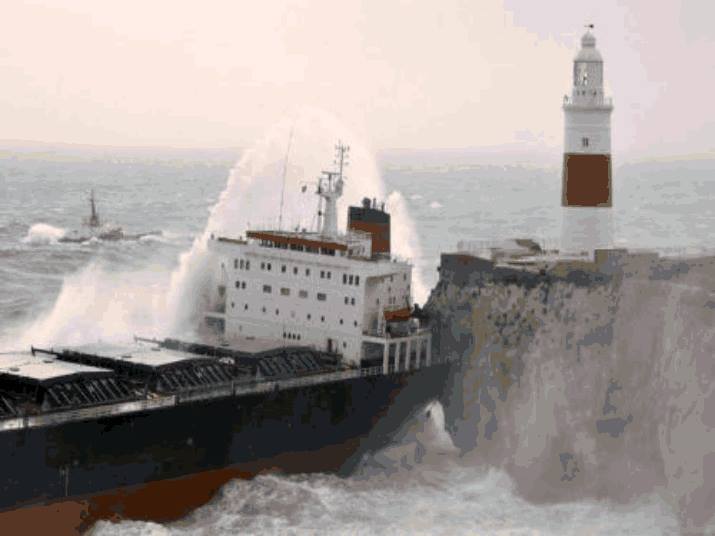