Sometime Facebook can be useful. I saw the photo below on Facebook under the title Beautiful Planet Earth’s photo, and did a Google Image Search for the photo for more information.

This is a Turkish lighthouse on the Mediterranean under a sky full of stars. This would have a great way to illustrate my story A Lighthouse at Night.

Enjoy the photo and the description underneath taken from the APOD astronomy website. This is a beautiful photo. 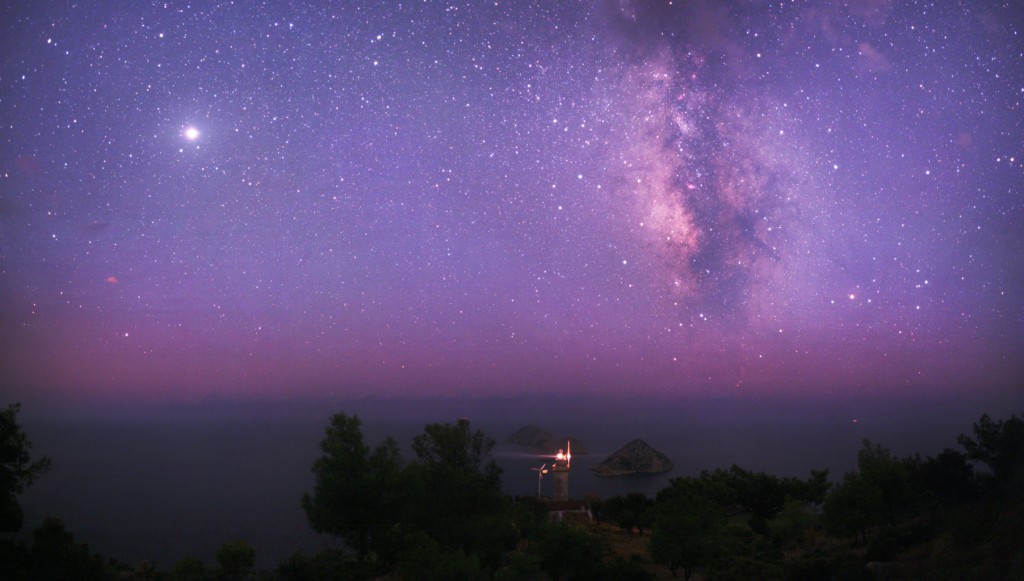 Jupiter Over the Mediterranean

Explanation: This vacation included a sight to remember. Pictured above, a picturesque starscape capped a serene seascape as seen from Turkey this past August. In the above digitally stitched panorama, the Gelidonya Lighthouse shines in the foreground before a calm Mediterranean Sea. On the left, Jupiter is the brightest point in the image and since on the same side of the Sun as the Earth, was near its yearly brightest. Glowing just shy of magnitude -3, Jupiter was brighter than any star in the sky, and brighter even than Mars was during its famously bright opposition of 2003 August. On the right, the band of theMilky Way Galaxy fades into distant atmospheric haze above the horizon. Jupiter is nearing the closest part of its elliptical orbit to the Sun and so will appear even brighter during its next opposition in 2010 September.

And last but hopefully not the least please admire the lighthouse photos under the stars from Michael Blanchette.

There are many more to view here in his gallery Night Sky.